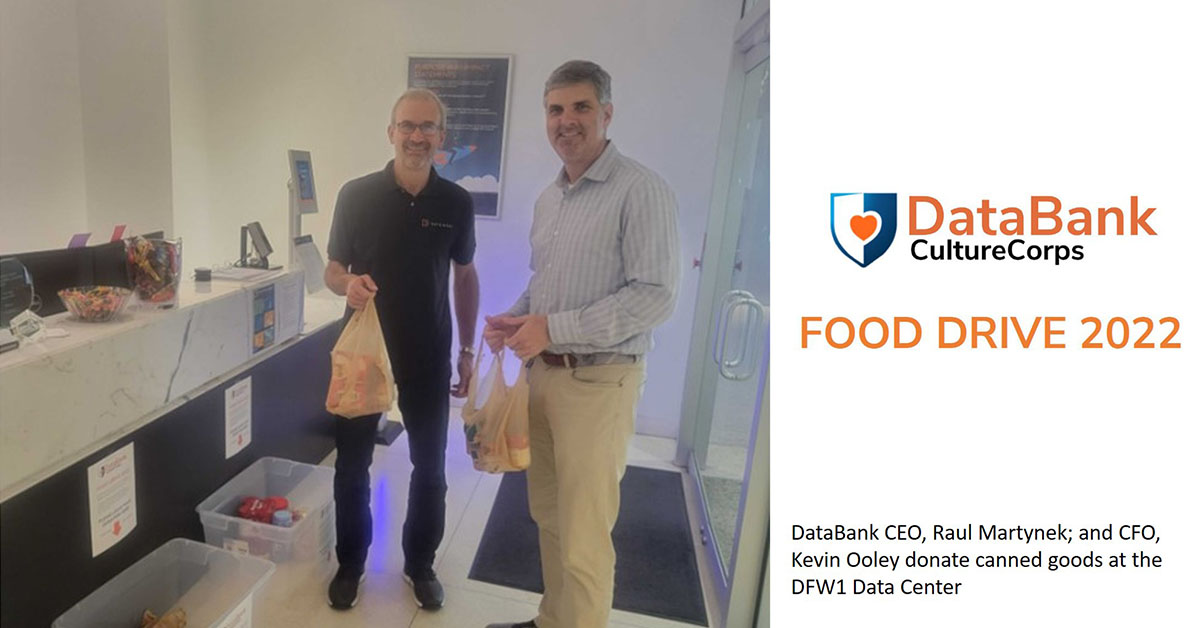 DataBank’s 2022 food drive, managed by the newly formed CultureCorps, took place in late June and early July. Food banks nationwide report their lowest donation levels in the summer, meaning the DataBank drive had a great impact in helping people in need. We want to share some of the results of that effort.

More than 20 data centers in 12 metros set up collection sites including Dallas, Atlanta, Denver, Houston, Austin, Minneapolis, Salt Lake City, and others. Employees, customers, and even family members participated in the food drive.

With so much interest, many sites kept their donation bins up an extra week and, ultimately, all the participation and awareness generated from the food drive resulted in over 1,000 pounds of donated canned goods that were delivered to various local food banks.

For staff members who could not get to a data center collection point physically, DataBank set up an option to donate via Amazon and have those goods delivered to the DFW1 data center. These Amazon donations accounted for almost half the 408 pounds of food collected in DFW1 alone.

Some DataBankers chose to participate in other ways, including a group of nearly a dozen Denver area staff members who used the company’s Volunteer Time-Off (VTO) program to work at Food Bank of the Rockies, preparing meals for underprivileged kids who are provided free breakfast and lunch.

Check out our slide show to get a closer look at this successful volunteer effort, and get ready for our next volunteer program later this year.