Translating vision into reality
Our team has years of experience in bringing the best possible service and solutions to our customers.

Raul Martynek joined DataBank in June of 2017 as the Chief Executive Officer. In this role, he provides overall strategic direction of the company and its operations. Raul is a 20+ year veteran in the telecom and Internet Infrastructure sector. He most recently served as a Senior Advisor for Digital Bridge Holdings LLC. Prior to Digital Bridge, he served as Chief Executive Officer for New Jersey-based data center and managed services operator Net Access, LLC. Net Access was acquired in November 2015 by Denver-based data center operator Cologix. Prior to Net Access, he was the CEO of Voxel dot Net, Inc., a global managed hosting and cloud company, which was acquired by Internap Network Services Corp. in early 2012. Mr. Martynek also served as the Chief Restructuring Officer of Smart Telecom, a Dublin, Ireland-based fiber carrier which was acquired by Digiweb in 2009. Before that he evaluated investment opportunities in the telecommunications and Internet sector as a Senior Advisor at Plainfield Asset Management, a $4B hedge fund. Prior to Plainfield, Mr. Martynek spent 13 years with telecom and Internet provider InfoHighway Communications Corp; first as a Chief Operating Officer of Eureka Networks and then as President and Chief Executive Officer of InfoHighway. InfoHighway was acquired by Broadview Networks in 2007. Mr. Martynek earned a Bachelor of Arts in Political Science from Binghamton University and received a Master Degree in International Affairs from Columbia University School of International and Public Affairs.

Kevin Ooley took on the role of President in May of 2017 and has served as the Chief Financial Officer of DataBank since 2011. He has over 20 years of extensive experience in delivering shareholder value through the creation and implementation of growth and operational strategies. Prior to joining DataBank, Ooley served as the CFO for the Thompson Media Group and as a Principal at Lovett Miller & Co., a growth capital private equity firm based in Florida. He was also a Director of Strategy for iXL Enterprises and a Manager in Accenture’s Strategic Services practice. Ooley holds a Bachelor of Industrial Engineering from the Georgia Institute of Technology and a Master of Business Administration from Duke University. 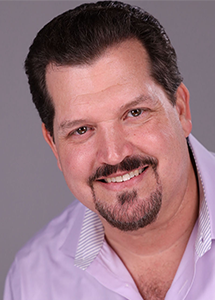 Joe Minarik joined DataBank as Chief Operations Officer in January 2022 and is responsible for all of the company’s data center and colocation operations, engineering, construction, managed services, network and security, and IT operations. Minarik is a pioneer in the cloud and data center community having joined Amazon in 2005, a year before the public launch of AWS. In his 16 years there, Minarik led the development of the company’s underlying data center and network infrastructure. In his most recent role as Global Head of Data Center Supply, Minarik was responsible for a multi-billion dollar budget and all data center strategy and procurement activities across a global footprint of 25 regions, 18 Availability Zones and 275 Points of Presence. Prior to joining Amazon, Minarik held senior IT positions at leading brands such as Disney and Napster. He received his B.S. in computer Science from the University of Michigan.

With a wealth of experience in cloud, hosting, data center and telecommunications, Mr. Callahan brings over twenty years of executive sales leadership to the DataBank Executive team. In his role as Executive Vice President of Sales, Mr. Callahan is responsible for guiding all of DataBank’s sales operations, sales programs, and channel strategy. Prior to DataBank Mr. Callahan served as the SVP of Sales for New York-based Packet Host. Previous to Packet, he was the SVP of Sales and Marketing for Cologix, formerly Net Access. He also served as SVP – Global Sales at Internap Network Services Corporation, and as a Board Member of Internap Japan, where he originally joined in the acquisition of Voxel dot Net, a global managed hosting and cloud company, where he served as SVP of Sales and Marketing. In addition, Mr. Callahan has also held a number of senior sales leadership roles with MCI (now Verizon Business), eLink Communications, Eureka GGN, InfoHighway Communications and Broadview Networks. Steve received his B.A. in History and Economics from Muhlenberg College. 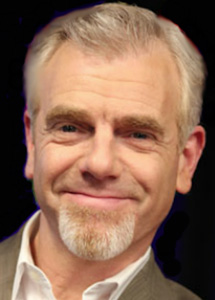 With over 25 years of experience in the telecom and IT services industry, JP brings a wealth of technical marketing and storytelling experience to DataBank. He leads a team responsible for all events, product marketing, digital marketing, and culture communications. JP is also a partner in BrandFoundations, a consultancy that helps organizations integrate brand and culture for greater performance and valuation. JP began his career at MCI where, as part of the company’s internetMCI marketing team, he played an integral role in the launch of the first commercial internet services. He subsequently served in key marketing and product marketing roles at PanAmSat, Qwest, Eureka Broadband, and Broadwing before launching his own consultancy. JP graduated from Hobart College and also Chairs the board of the NYC Chapter of Conscious Capitalism.

Vlad is a seasoned IT veteran with over 25 years of mission-critical IT experience. Vlad joined the DataBank management team as CTO in September 2017 with the acquisition of Edge Hosting. In his role as DataBank’s Chief Technology Officer, Vlad guides the direction for development, implementation and management of the company’s overall technology strategies. Prior to DataBank, Vlad founded Edge Hosting, a compliance-driven IaaS and PaaS Managed Cloud Hosting service provider, in 1998 as a spin-off from his first IT venture ACS, which was started in 1991 while he was still a student at the University of Maryland. ACS was a software startup that created the only packaged solution for large scale automotive logistics processing that was widely adopted by auto manufacturers, port processors and transportation carriers around the globe. Under Vlad’s direction, the company flourished to thousands of servers in geographically diverse data centers, hosting highly secure, mission-critical hosting for web and line-of-business applications.

As Co-Founder, Jerry Blair was instrumental in DataBank’s inception in 2005. In his role, Blair is charged with executing on the company’s sales strategy. With a successful track record spanning more than 20 years in senior sales management, Blair’s experience and proven ability to implement results-driven direct and channel-focused sales programs is a very welcome continued asset to the company. Prior to DataBank, Blair was Vice President of Sales for Switch and Data and LayerOne. He has also served as General Manager of Sales for Lucent Technologies and has held sales management positions with various industry leaders including ICG Communications, Nortel Communications and Wellfleet Communications. 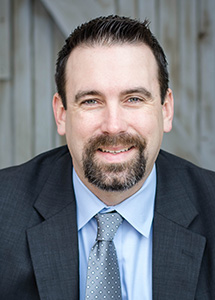 Jeremy has over 20 years of experience in the IT industry, leading both development and infrastructure teams and specializing directly in cloud hosting. As the COO of Aptum, Jeremy was responsible for global operational functions, leading product and technology innovation, and facilitating business planning functions to help secure an effective strategy to grow the company. Under his leadership, Jeremy drove inventive product solutions to expand business capabilities that empowered customers to achieve optimal growth outcomes. Prior to joining Aptum, Jeremy was COO at Contegix, a cloud hosting company focused on specialized application hosting. In that role, he helped build the company’s first product catalogue and create its Partner Network. Jeremy isn’t afraid to dive deep into technology to help the team. While leading the merger of five different teams, he drove the creation of a specialized dev-ops tool to support the different development languages used by the groups. He also spent time with Hosting.com, a cloud hosting company focused on SMB. During his time as Vice President of Managed Services, he demonstrated his attention to the customer with initiatives focused on product delivery, operational consistency and premium customer support. Jeremy attended the University of Phoenix where he obtained an Associate of Arts in Business.