The edge isn’t just about futuristic applications. It’s here today in the form of hyperscale cloud providers who are building new availability zones in major cities, network providers who need to put equipment in highly geo-specific locations, and webscale content and application providers who need dense interconnection to reach their audiences.​​

With three distinct platforms, DataBank is poised to help any company meet the edge infrastructure demands they have today and tomorrow, regardless of application or location: 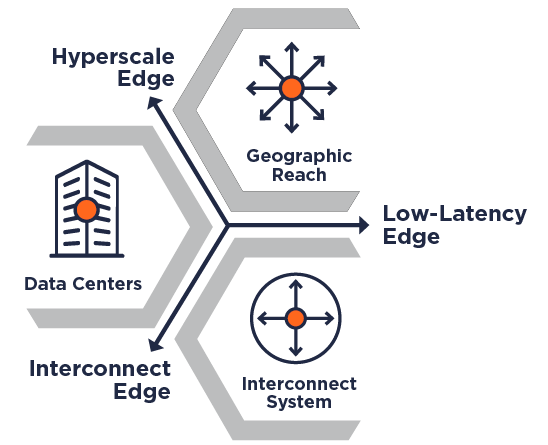 At DataBank, you’ll always have a team of experts ready to work with you on your solutions. From engagement and build out, to launch and ongoing management, we work with you to develop the solution that best fits your needs. Your dedicated account manager and technical account manager will be work directly with you to ensure you get the service and support needed for success.

Imagine having everyone, and everything, connected in one simple-to-use management portal. The DataBank Customer Portal gives you and your team real time analytics into performance, security, compliance, tickets, devices and more. Communication and clarity truly enhance your Colocation solution. Your mission critical infrastructure functions 24/7/365, and our support team is right there with you – never missing a beat.