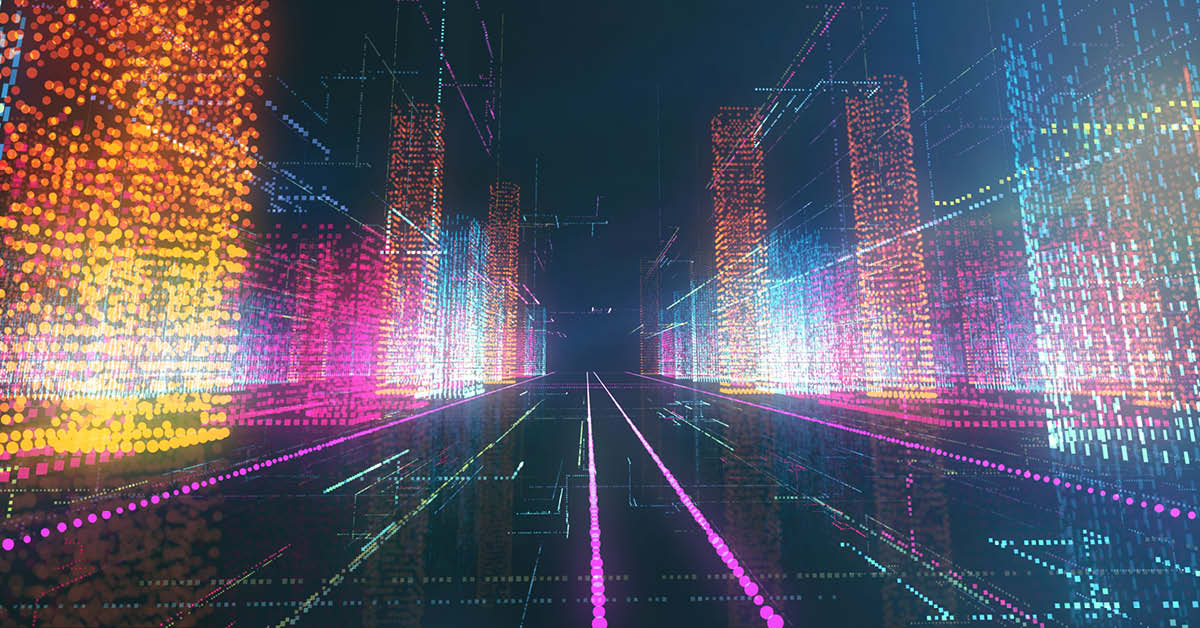 In the first article of our three-part series on “How Web 3.0 Will Forever Change Your IT infrastructure,” we noted that one of the major transformations taking place is that infrastructure will become more agile and software-driven. In this post, we want to take a closer look at that trend and how it will fundamentally change the experience IT leaders will have as they plan and manage their IT infrastructure. But first, a bit of history.

Software-defined networking (SDN) first emerged in the early 2010s as a way to make IP networks more flexible by centralizing the intelligence and control of an inherently decentralized system. Initial SDN platforms focused on wide-area networks (WAN) and provided a mechanism to abstract or separate the forwarding process of network packets (the “data plane”) from the routing process (the “control plane”).

At the same time, perhaps, not unsurprisingly, a similar process was taking place in the world of computers, as memory, processing, and storage became abstracted in initial virtual machine platforms such as VMware. In both cases, software was the driving factor. More recently, this virtualization or software-enablement process has begun to take place in the data center itself. As the use of public cloud platforms has grown, IT infrastructure managers have grown accustomed to automation and the control it enables of the connections between workloads. Cloud on-ramps have emerged, allowing managers to provision connections to and from their infrastructure in data centers and multiple clouds platforms. As multi-tenant data centers like DataBank have increasingly become neutral network interconnection hubs, data center operators have upgraded their portals to allow customers to order and provision virtual cross-connects between customers, workloads, clouds, data sources, and applications. Again, software is at the heart of it all, increasingly transforming infrastructure into code.

We’re just beginning to understand the full implications of this change, but it’s clearly going to result in an inherently different user experience for IT managers. In particular, our awareness and perception of individual infrastructure components is, likely, changing. Rather than having to think about the many discreet, finite infrastructure elements involved from multiple providers – servers, storage arrays, data centers, network ports, and devices – infrastructure managers will begin to look at them as one giant pool of programmable resources they can plug into (or out of) on-demand, and manipulate from a single pane of glass or even the palm of their hand. ​

This has already happened in the public cloud where applications may be running on many different virtual machines, but the infrastructure manager does not care exactly which servers or where they are located. As far as the infrastructure manager is concerned, a virtual server has been spun up to run the workload and, if the capacity of virtual server is exceeded, it can burst out to another.

Similarly, in the data center, a software-defined platform will let users or network operators create connections without awareness of the specific switches or routers involved. One network port can quickly be reconfigured to connect to a different network port, and the bandwidth for those connections could be increased or decreased as needed, limited only by the physical port size.

For anyone old enough to have teenage kids, it’s not unlike the evolution in how we built with Legos and how they build with Minecraft. With Legos, our imagination was limited by the discreet, physical blocks we had scattered across the floor. With Minecraft, our kids have a virtually unlimited ability to create anything and even program new building blocks as they see fit. And there are no sharp pieces of plastic for parents to step on.

Paving the Way to a Better Experience

Not only will the experience be different, for IT managers, it will be better.

In shifting from a telco-centric model of infrastructure to a software-centric model of infrastructure, a number of things happen. Formerly fixed and centralized facilities like data centers and interconnects become more distributed and flexible. Physical connections and cross-connects become more virtual. The slow, manual provisioning and changes to networks become instant and programmable. Instead of the service providers managing everything, IT managers can self-administer their infrastructure.

Looking further into the future, it’s possible we might see human intervention removed entirely. For instance, applications may be self-aware enough to diagnose the need for additional connectivity, engage the network through APIs and establish additional bandwidth or connections on their own.

Where managing infrastructure used to be difficult, time-consuming, and expensive, a software-centric model virtually eliminates all of these challenges and delivers an experience that can be managed from a single app.

Such an experience will lead to real business benefits:

1. Greater Agility: IT leaders will be able to better adjust and align their infrastructure with the demands of their applications in real-time, eliminating the need to overbuild capacity.

2. More Efficiency: Organizations will be able to automate provisioning and management efforts and reduce the burden on existing IT staff.

3. Improve Scale: IT infrastructure will be better able to scale to meet the demands of new applications at the edge and to improve overall reach to partners, service providers, and systems.

The next implication of Web 3.0: The ubiquitous edge

The combination of software-centric assets and architecture is already changing the way IT leaders deploy and manage their infrastructure. Yet, it will change even more as their strategies move to the edge—a topic we’ll examine in our next article. We hope you’ll stay tuned to check it out.